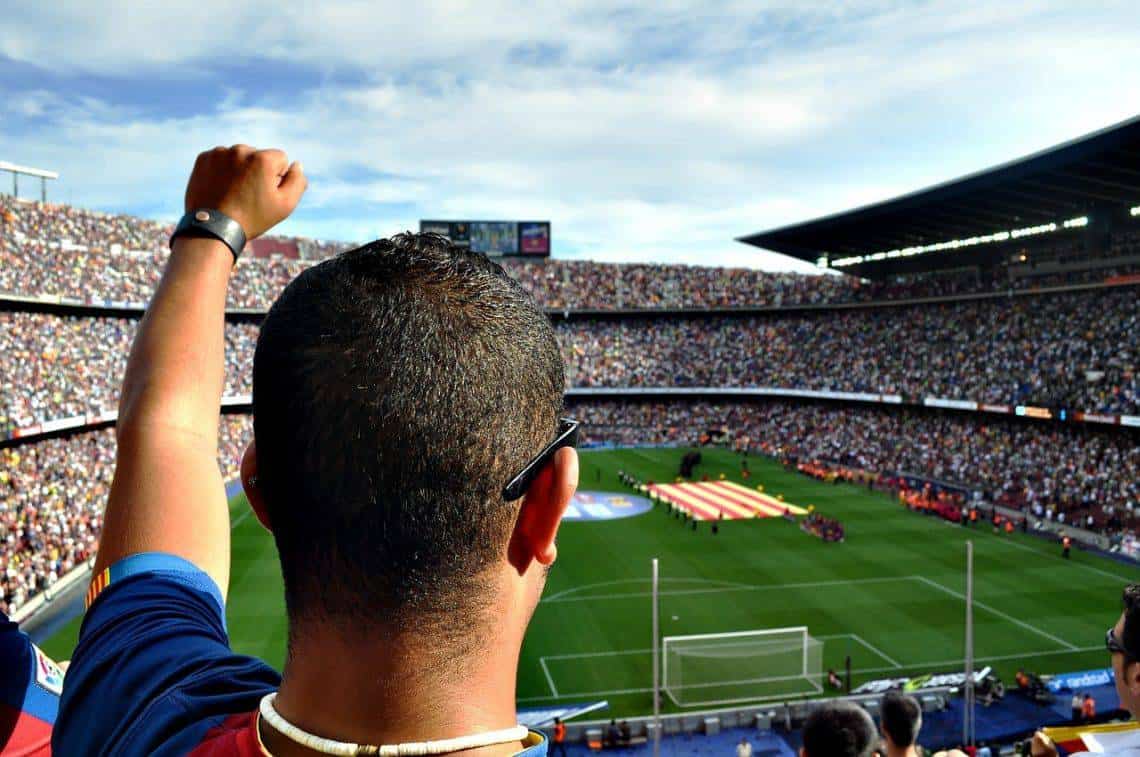 English football has come a long way – unless you are a disabled supporter. For all the TV revenue, some Premier League clubs are still failing to improve accessibility at their grounds. Guest blogger Billy Proudlock calls for action.

The Premier League is the most watched football league in the world, yet for some watching a match remains just as difficult now as it was in English football’s dark days of standing terraces and crumbling stands. No, we’re not talking about Sky Sports’ high subscription costs, nor the waiting lists for tickets at the biggest clubs. We’re talking about how despite all the ways that football has improved since the beginning of the Premier League era, disabled fans are still left behind.

A BBC report in 2014 highlighted the many ways that Premier League clubs were failing disabled supporters. It said that 17 of the 20 stadiums failed to provide the recommended number of accessible seats.

Almost three years on, the Culture, Media and Sport Select Committee has announced that it is still unhappy with the progress in standards for disabled supporters and is not convinced that the Premier League will sort the problem itself. 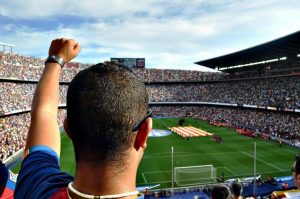 This sort of money is nothing for the football powerhouses. Indeed, the average wage of a top-flight footballer is now £44,000 a week. Why would a club that already generates so much money while also attracting 40,000 fans every week spend money on advancing facilities for disabled fans to boost the attendance to 40,050?

Every disabled fan has their own awful football experience to tell. The BBC investigation included a photo from the back of the away section at Crystal Palace, where the accessible seating does not have a clear view of the pitch because of the fans standing up.

Away fans tend to stand up at matches, despite all-seater stadiums being a mandatory requirement nowadays. How can stewards control 3,000 fans, all of whom are standing up, and make them sit down? It’s impossible. Allowances for fans standing up and restricting the views of others must be taken into account when clubs are designing their disabled supporters’ seating.

From my own experience, I am trying to work out whether the fact that disabled away fans at Selhurst Park now sit with fellow away fans, albeit with an obstructed view, is an improvement on what went before it.

The last time I attended a match there in 2004, a play-off for promotion to the Premier League, the disabled support for the away team was placed right in the middle of the home support. A high-stakes match at an intimidating stadium, it was wrong and dangerous. No one should feel unsafe wearing their team’s colours and cheering a goal.

Doubtless there are plenty more clubs who have a similar ticketing policy for disabled away fans.

We shouldn’t be surprised that the biggest clubs do not cater well for their supporters – disabled or not. If they treat match-day goers badly, so what? There will be always another tourist or day-tripper to come in and take their place in the stands; the attendances stay the same and the revenue rolls in.

What is more surprising but equally unforgivable is that smaller clubs with their roots strongly embedded in the local community are also leaving behind disabled fans.

In response to the threat of a fine, Watford FC have openly said that they would not be making improvements for disabled supporters as the required building works would disrupt fans sitting nearby. Yes, that’s right. It says able-bodied supporters would be displaced from ‘cherished seats that they may have occupied for many years’ if additional spaces were provided for disabled spectators. These able-bodied fans could become ‘antagonistic’ if the seats were then not fully used, says Watford, who warn euphemistically of a ‘potentially negative attitudinal change towards our disabled members’.

That doesn’t give much credit to its cherished seat holders: would any true supporter begrudge sitting in a different seat if they knew that the reason was to make better the match-day experience for others? No.

Watford will alienate their disabled supporters, who either be unable to get tickets, or be fed up of sitting almost lower than pitch level, with a poor view.

For far too long, it has been nigh-on impossible for disabled supporters to attend any ticketed event and sit with more than just their designated ‘carer’.

Going north, Sunderland AFC seem to have let down one of their longest-serving supporters, Ray Reed. Not regarding himself as disabled, Reed had a stroke and now has reduced mobility. He had hoped that his lifelong club would make a reasonable adjustment which could allow him to continue watching matches alongside three generations of his family. He used a wheelchair to get him to his seat in the Stadium of Light (which he has occupied since the stadium opened in 1997) from his car. 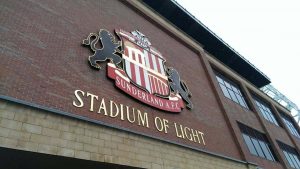 During the match, his wheelchair was stored in the concourse and the press box. Then the club told him that they could no longer store his collapsible chair anywhere in the stadium. Indeed, a 48,000 capacity stadium, that is rarely full, has nowhere to safely store one wheelchair.

For far too long, disabled fans have not had the same match-day experience as others in football. The Premier League does not have the capability nor the determination to improve stadium access for disabled supporters.

Others must now step up to ensure that clubs fulfil their duty to provide a safe and exciting experience for all inside their stadiums.

Fans must step up

A record three-season TV deal was agreed last year, which will earn English clubs more money than ever before; the select committee must demand a percentage of this money is reinvested in accessible and inclusive stadium improvements.

Fans are the powerbrokers here too. All sports fans must unite until all are finally included and made welcome inside stadiums – it’s clear that clubs won’t listen to the superior authorities, so perhaps they should listen to those they now see as below them, the ones who made them as lucrative and popular as they are today.