Co-production is so much more than a box ticking exercise. Here’s why. 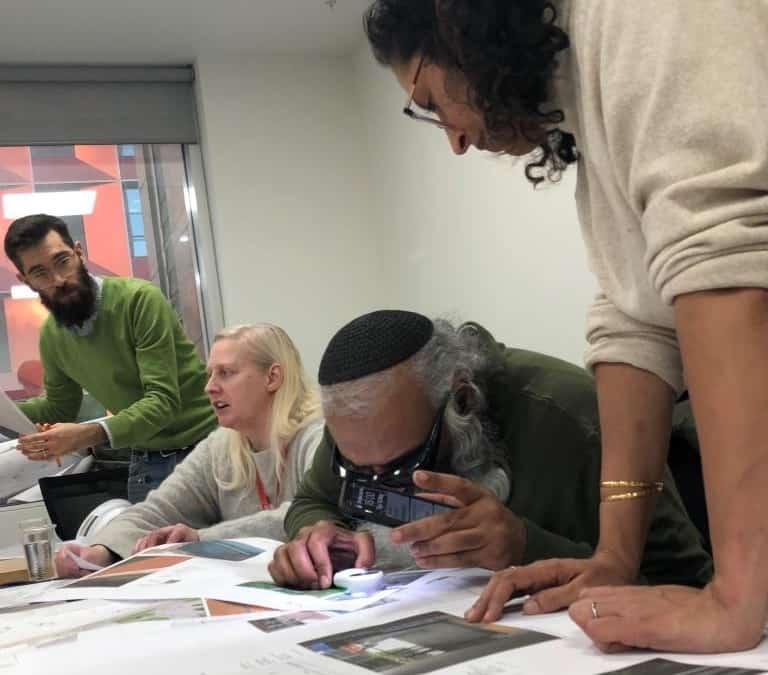 Co-production, consultation, co-design, engagement. There are a myriad of terms floating around that all seem to mean engaging with others or finding ways to get people’s views and thoughts, so if you’re not sure what the difference is you won’t be the only one.

The ladder of co-operation gives a good overview of the key differences between these terms,  but in essence co-production is a long-term relationship which sees a group of people in an equal and reciprocal partnership influencing the way services and/or products are designed and deliveredOriginally, co-production was primarily focused around delivering public policies and services, but in the last few years, it’s trickled into the business world, and with good reason. Done right, co-production can help lower design and production costs, strengthen your service and product offerings and most importantly, provide things people actually want and need.

But its real power lies in helping marginalised groups have a voice about things that directly affect them.  We take a look at why co-production is so important.

The amorphous world of co-production

The term co-production was first coined in the 1970s by Elinor Ostrom to explain why crime rates rose when police started using their cars to patrol their local communities.  It was found that when officers walked the beat it gave them an opportunity to develop relationships with the community which helped them to pick up tips to prevent and solve crimes. This form of knowledge sharing, or as it was subsequently called co-production, was something that vanished as soon as they started using their cars.

During the 1980s  the King’s Fund and the Institute for Public Policy Research used the term as a way to explain the relationship between doctors and patients and to emphasise how a reciprocal relationship is essential for success.

Since then, co-production has become a widely used phrase, which has many different definitions, depending on the setting and the approach taken. The following are just some examples.

The Care Act 2014 says co-production is:

“When an individual influences the support and services received, or when groups of people get together to influence the way that services are designed, commissioned and delivered.”

While the Social Care Institute for Excellence (SCIE) defines it as:

“… about working in equal partnership with people using services, carers, families and citizens. “

And the National Co-production Critical Friends Group’s definition is:

‘Co-production is a relationship where professionals and citizens share power to plan and deliver support together, recognising that both have vital contributions to make in order to improve quality of life for people and communities.’

Although all these definitions are slightly different, they all share one thing in common: that co-production is so much more than consultation.

While consultation is about asking people what they think, co-production is not usually fully formed so is about getting people to come up with those ideas in the first place.

In many ways, while consultations can often turn into a box ticking exercise or even come across as tokenistic, by its very nature co-production can’t as its emphasis is on working together with practical solutions on immediate challenges.

Key principles around co-production While co-production can vary and operate at many different levels, from strategic down to design, to be successful it should ideally follow a number of principles. SCIE recommends the following:

Equality: no one group, or person is more important than anyone else

Diversity: it should be as inclusive and diverse as possible, and if feasible, include seldom heard groups

Accessibility: everyone should have an equal opportunity to participate and give their views in a way that suits them best

Reciprocity: people should get something back for putting something in. This could be financial or simply the fact that more equal relationships have developed between people, groups and organisations.

To that list we would also add inclusivity in terms of communication. While making documents or presentations available in accessible formats is obviously important, sharing information in a way everyone understands is crucial.

Inclusive communication is about ensuring any information, whether written or spoken, is clear and provided in plain English so everyone can understand it.

While it might be easier to use professional jargon, it should be avoided at all costs. Using jargon risks confusing and alienating people and simply doesn’t encourage effective co-production.

What are the benefits of co-production?

There is no doubt that true co-production can be difficult to achieve, but done correctly it affords a number of benefits including:

Better outputs: you will be creating and delivering services or products that people really want in a way that they want them

Better relationships: co-production helps build relationships between all stakeholders with the result that many will stay more engaged for longer

Cost savings: there may be upfront costs to setting up co-production, but long-term there can be significant savings as you will have got the project right first time

Better skills: being involved in co-production can teach everyone involved new skills and broaden their experience.

Just last week, Hammersmith and Fulham council announced that a housing strategy had been produced in co-production with disabled residents. Praised for being ‘pioneering’ and ‘ground-breaking’, the work follows on from a report on co-production commissioned by the council which looked at embedding a culture of genuine co-production within the council.

A couple of years ago, we were delighted to work with Hammersmith and Fulham alongside Rogers Stirk Harbour + Partners (RSHP) and Gillespies landscape architects in co-production with the London Borough of Hammersmith and Fulham’s Disabled Residents Team (DRT) on restoring the Grade 2 listed town hall, which also included work on its new Town Square and four new surrounding buildings. We designed and delivered a training day to DRT which explained how the planning process worked, taught them how to read architectural plans and how to give the right feedback to architects.

The success of the co-production approach has seen other councils ask us for similar support and is testament to Hammersmith and Fulham’s commitment to co-production.

5 tips to get co-production right

Co-production takes time and resources so it’s important to have a proper plan in place before you start. While that might sound daunting, many organisations already engage with service-users, so it won’t be a case of starting from scratch, but rather building on existing structures.  In our experience, the follow 5 tips will set you on the right path:

1. Define what you mean by co-production: co-production will look different depending on the project and the people involved, so it’s important to have a clear definition from the outset. This will help manage people’s expectations

2. Embed co-production early on: ensure co-production runs through the whole of the project. This will help get everyone’s buy-in and increase the chances of success

4. Value and reward: everyone who takes part in co-production should feel like their views and experiences are valued and they are taken seriously

5. Be prepared to evolve: like all projects, things will change, new ideas will surface and existing concepts will be challenged. Have regular reviews and be prepared to adapt.

If you’re still unsure how co-production would help your project, get in touch. As access consultants, we are used to the challenges raised by co-production and would be happy to offer advice.